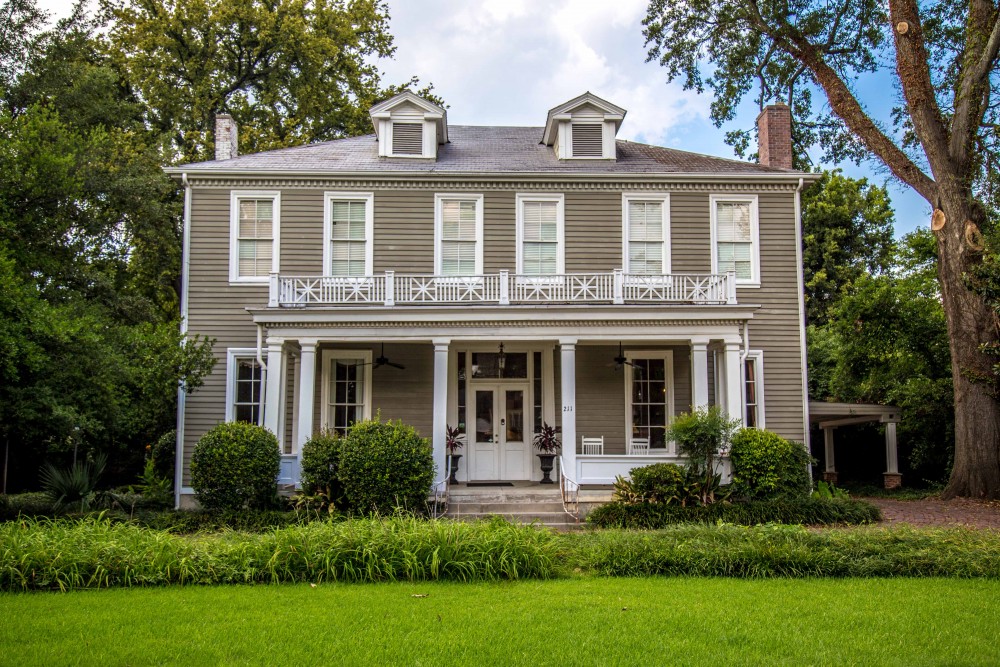 In 1839, sixteen-year-old John Clark, a native of Ashford England, arrived in Coahoma County. John was in search of lumber for his New Orleans employer. The fertile Delta farmland inspired John. In 1848, he purchased 101 acres of land near the Sunflower River. This purchase later became the business district of Clarksdale. Already a prosperous lumberman, Clark soon became a successful landowner, farmer, and investor. In 1854, he married Eliza Jane Alcorn. Eliza’s brother was James Lusk Alcorn, a wealthy attorney. Alcorn later became the governor of Mississippi and served in the U.S. Senate. John and Eliza lived in a two-room log house for the first few years of their marriage. They started a family, which grew to include ten or twelve children. Eight of their children survived to adulthood (seven sons and one daughter).

Clark was better off financially than most plantation owners after the Civil War ended. As a result, this allowed him to continue purchasing large amounts of land. He owned 5,000 acres of land by 1891.

In 1868, Clark set aside some of his land and sold 76 uniform, 50-feet by 100-feet lots to residents. This created the community first known as Clarksville. Thirteen years later, it became evident that a railroad would pass through the area. In response, Clark had the town chartered and incorporated as ‘Clarksdale’ in 1882.

Clark’s relationship with Governor Alcorn ensured the new railroad would pass through Clarksdale instead of along the Mississippi River. As a result, the newly incorporated town grew rapidly.

In addition to founding Clarksdale, Clark operated a sawmill, a brick manufacturing company, a lumberyard, a general store, and two steam gins. He also founded Clarksdale’s first bank, the Clarksdale Bank and Trust Company. Clark had an active role in shaping the Clarksdale community throughout his life.

Clark died in 1893. He is buried in the Clark family plot in Grange cemetery, which is located at the corner of Sunflower Avenue and Martin Luther King Blvd. Descendants of Clark have lived in the Clark House and have remained in the area over the years.

In 1859, John Clark hired an architect from his hometown of Philadelphia to design his new home. Clark hired Northern workers to construct the home. When the Civil War broke out, these workers fled to the North. As a result, the home was not complete until after the war.

In the fall of 1916, J.W. Cutrer and his wife Blanche, the daughter of John and Eliza Clark, decided to build their home on the site of the Clark Mansion. Cutrer had the Clark Mansion lifted up on logs and pulled eastward by mules to its present location. The original front of the house still faces west towards the Sunflower River. However, its modern entrance faces Clark Street in what is now the Clarksdale Historic District.

The Cutrer Mansion (which still stands on the original site of the Clark Mansion) was a favorite mention in several Tennessee Williams plays. Tennessee Williams used Blanche Clark Cutrer as a model for “Blanche DuBois” in A Streetcar Named Desire. She was also the model for “Carol Cutrere” in Orpheus Descending. The house is said to have been the inspiration for “Belle Reve” in Streetcar and “Big Daddy’s” house in Cat on a Hot Tin Roof. It was recently saved from demolition and has been renovated by Delta State University in conjunction with Coahoma Community College.

The Clark family had possession of the house for almost 150 years, until it was purchased in 2001. The new owner extensively reconstructed and restored the home to its original state. The home had fallen into disrepair, but many of the original building materials survived. Remaining structures include: original foundation of walnut and cypress, original pine floors and doors, massive crown moldings and a handsome walnut staircase. To view photos of our 8 guest rooms and the rest of the house, visit our House and Rooms page.

The home was placed on the United States Department of the Interior Register of Historic Places in 1992.